The best thing about exposing my private life on 1yearofonlinedatingat50.com is that I made lots of new friends. Most of them cyber but occasionally I’ve had the opportunity to put a face to those emails and such was the case on Wednesday night.

My friend Jo and I began exchanging emails a few months into my year. She found the blog through a Huffpost piece. She was close to my age, single and had been online dating. I enjoyed our banter and eventually we began talking on the phone. Our conversations progressed from laughing about our shared dating experiences to our children or the dreams we both had of making a living as writers. You know, deep stuff–the joys of Botox and all that.

I often wished she lived closer. I imagined we would have fun going out, hoping to meet suitable men, but if they didn’t show up we’d still enjoy each other’s company. Alas, she lived in L.A., nixing my wing-woman fantasy.

BUT, Jo loves the theatre and visits the city at least once a year. A few months ago I had a missed call and a couple of texts–she had news.

I could hear the excitement in her voice as she told me she had a surprise. It seemed Sting was going to do ten benefit concerts in NYC at the Public Theatre and she’d purchased two tickets. They were crazy expensive as the venue was only 260 seats and she knew if she’d asked before buying, I would’ve said, “No way.”

She didn’t and we were going!

I love Sting. I love everything about him. He’s a musical genius, a deep thinker and rip-one’s-clothes-off-if-given-the-chance sexy. He may or may not be into tantric sex—something that’s always piqued my interest and if he’s what sixty-one can be, where do I find his doppelgänger? Several years ago I even flew to Miami for The Police reunion tour–during the summer, no less. Do you know what Miami’s like in the summer? I searched for the photos because public humiliation is what I live for, but couldn’t find them. Suffice to say I danced through the entire outdoor performance and was the least attractive version of myself when the concert was over–makeup gone,  a wet haired sweaty mess.

So on Wednesday, Jo and I met for the first time. She came to my place early for a glass of wine and the first thing she said was, “You look exactly like your photos,” and she did, too. Actually, Jo had water and I drank wine. I was a little nervous about our meeting and hoped it wouldn’t be awkward–it wasn’t. 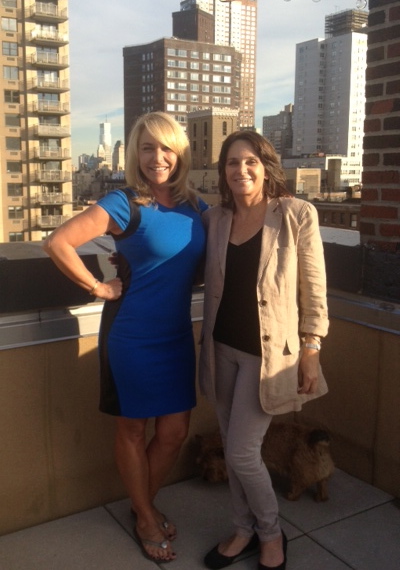 Apologies for the flip-flops. I do wear heels but never put them on until almost to the destination. The dress is DVF—my fav—and I got it on sale at Bloomingdales. The black areas are leather and the color blocking is deceptively flattering. I paired it with a black leather jacket. I wanted a pair of black cage booties and loved the Michael Kors below but couldn’t find them plus I didn’t want to pay $200 or more for shoes I would probably wear only a few times. 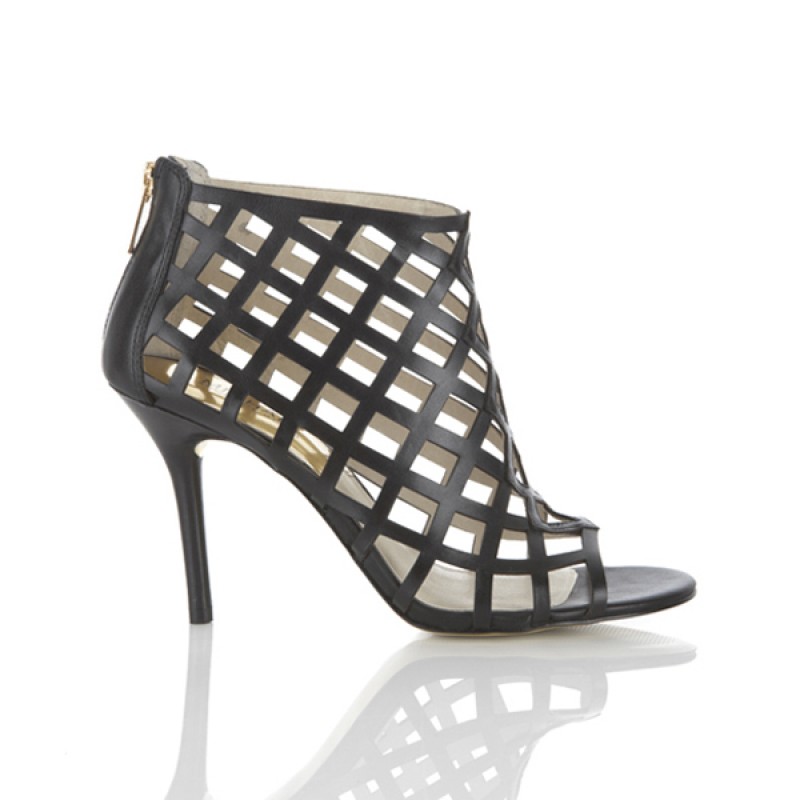 Instead I found these at DSW for $60 and they gave me the same look I wanted. 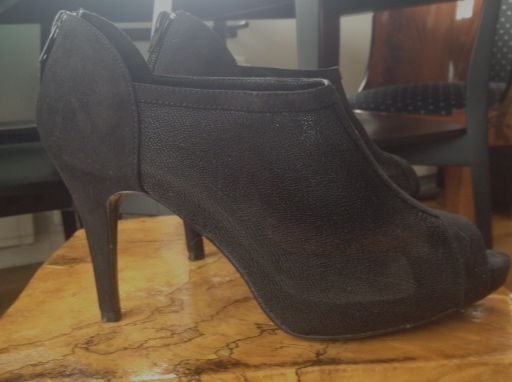 Here’s a trick my daughter taught me. When you’re wearing shoes you know will give you blisters, apply runners anti-chafe stick to your feet. You’re dogs will still be barking but they’ll be blister-free in the morning even after hours of wearing heels. 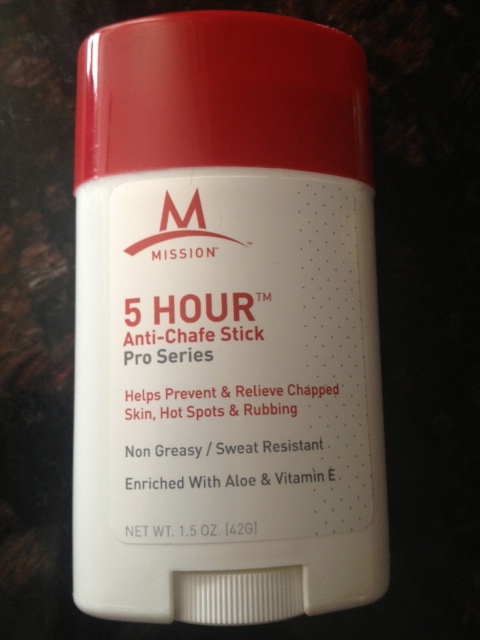 OK, OK! Enough about fashion and back to the concert.

We left my apartment and headed to Lafayette for dinner near the theatre. We both ordered steak frites probably because a woman should have a good foundation of meat and potatoes when she’s getting intimate with Sting. The food was perfect as was the conversation but enough dilly-dallying. Mr. Perfection waited. 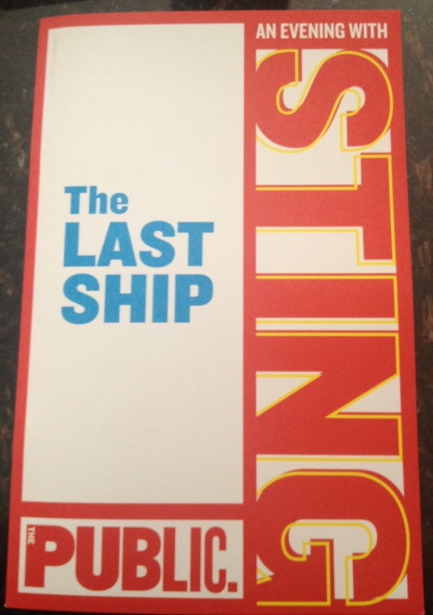 I couldn’t believe our seats. He would be no more than twenty feet away. “Holy shit,” I thought as the theatre filled, “If I rushed the stage and wrapped my legs around his waist could I do it tastefully?” His wife Trudie was one of the last to take her seat. She wore black leather pants and top with gray suede over-the knee platform boots. Her body was amazing—she’s fifty-nine. She was at the concert in Miami, too.

Why’s she always cramping my style?

Then HE came out with little fanfare wearing a torn white t-shirt and jeans. Pause right now while you’re reading this for a moment of silence because he  deserves worship. There wasn’t an ounce of fat on his perfectly toned physique. You should’ve seen his arms. I could die happy to have those wrapped around me just once and, of course, he’d simultaneously sing “Fields of Gold” in my ear.

The concert was given to introduce the audience to his current work, The Last Ship, a musical based on his childhood growing up in an English shipbuilding town. OK, I admit it was a little disappointing.  I assumed we’d not be hearing his greatest hits, but he could sing nursery rhymes and I’d be on the edge of my seat. No surprise, his new work was beautiful. 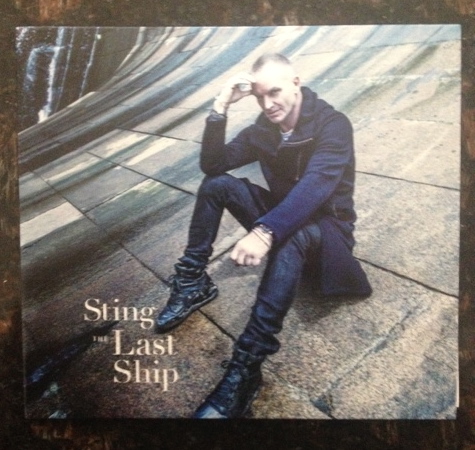 AND he did throw in “Fields of Gold,” “When We Dance” and an encore of “All This Time.”  “Fields of Gold” is one of my favorite songs and what woman doesn’t dream of hearing:

I never made promises lightly

And there have been some that I’ve broken

But I swear in the days still left

We’ll walk in fields of gold

He played for three hours with only a ten-minute break. He danced along with one song and I swooned. He wasn’t the best dancer but he was having fun and exuded confidence. Men, take note. You don’t have to be Justin Timberlake—just dance joyfully. Ladies love it.

It was magical evening, over too soon. Obviously seeing Sting was spectacular but the best part of the night was finally meeting my friend. I have no doubt we’ll have lots of fun in the future and this is a friendship I’ll appreciate, in the days still left. 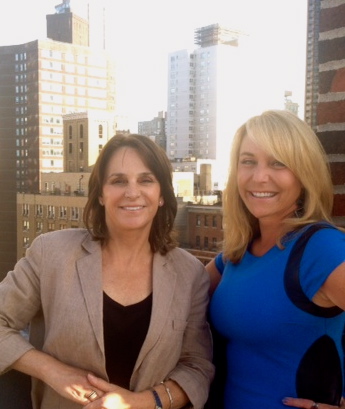 “There’s no religion but sex and music.” Sting