Once finished with class I checked my phone and faced the truth. I would never hear from Will again. I deleted my profile and headed to Trader Joe’s for groceries.

On the walk I got a call…

It was Will but you already knew that, right?

He apologized for not getting back to me after he processed the information, as he was away on business and very busy.

It was strange to finally hear his voice. Sure, we had numerous text conversations but this was intimate, serious and real–two hours of real. Then he called again that night and we talked for three hours.

AND several times the next day.

AND every day after that.

We also continued to text multiple times each day and raucous laughter was automatic. Will was away for two weeks on business but I don’t think he got much work done. I know I didn’t do much writing as my head, normally filled with my current work, was full to the brim with him. He asked me if I would like to go to dinner a day or so after he returned. He first sent a text and then called to apologize for asking me out in that manner. There are some things that should be done with a phone call, he explained.

During one of our typical days of texting I was surprised when his business partner responded. Will was driving. I wanted to be a good sport so we went back and forth for a short time and then he called.

“Will has a girlfriend,” he said. I could hear the teasing tone in his voice accompanied by Will’s protests in the background. “He’s in love. It’s Melani this and Melani that. All he does is talk about you.”

I really liked that.

As much as I hoped to be Will’s girlfriend, I didn’t bring it up. After all, we hadn’t even met.

He asked me if I was dating other men and I told him I was not. He said he’s always preferred to focus on one person, dating multiple women was not the path he chose and he’d like to focus on me.

So, after hours and hours of talking, never ending texts and just about any over-sharing one could imagine, it was date night. I wasn’t even a bit nervous. I knew this man and was comfortable being myself. I also have (cough) a few first dates under my belt. 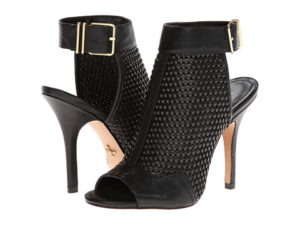 I took my time getting ready and since Will chose a restaurant one short block from my house (my favorite neighborhood bistro, by the way), I decided to wear a dress and serious heels. The kind that might get a girl in trouble—or at least accentuate her calves. Shoes of the impractical variety.

I was serene as I rode the elevator down to the lobby, “Lookin’ hot, Mel!” Said my doorman Rich. I strolled around the block and did notice a man or two checking me out. I’ve got this, I thought smugly. When I arrived, the hostess told me Will had already been seated so she showed me to our table. He saw me coming and stood up.

I took one look at him—all 6’3” perfection, wearing a beautiful suit to match his gorgeous face and I’m sure you know what was going on inside. You’ll be happy to know that I maintained my dignity, greeted him warmly with a big smile and gracious, “Hello!” as I effortlessly took my seat across the table from him.

OK, that’s how the scene would play out in the movie version. Let’s try again.

Will stood up, smiled as I walked his way–and I lost it.

One look at him and my face flushed bright red, my legs stopped cooperating so my walk got a 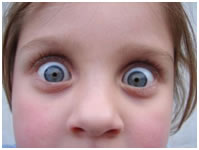 little hitch-y, and my eyes widened as I stared at him, a shocked expression on my face. I awkwardly took my seat, never taking my focus from him, and although my brained screamed SAY SOMETHING, YOU IDIOT, my mouth refused to work. I couldn’t find my words and at the same time I felt beads of perspiration forming on my upper lip.

Will spoke first. “Are you OK? Do I disappoint you?” 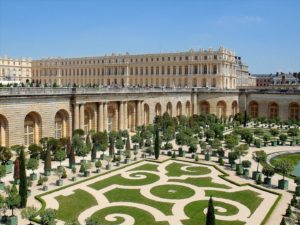 Did he disappoint me? Probably in the same way the ceiling of the Sistine Chapel let me down or Versailles seemed like just another big ole house.

FINALLY, I found my voice.

“Oh my god, no, not at all. I’m choking under pressure here because you’re so much more than I expected. Your photos don’t do you justice and I came here tonight, full of myself and confidant and took one look at you and I’m a total idiot. I need a drink.”

Will looked relieved as he smiled, and then motioned our server and I ordered a martini.

And after a couple of sips you’ll be glad to know I rallied.

We talked and laughed. He teased me mercilessly about my entrance—we laughed some more. Once I paired the voice I knew and trusted with his face it was effortless. I also knew, without a doubt, I was falling in love. Close to two hundred dates and almost seven years alone, it was quite clear.

After dinner he said he wasn’t ready for the evening to end so he suggested a nightcap. After attempting one neighborhood lounge that was not what we were hoping for, I knew exactly where we should go:

If you followed 1yearofonlinedatingat50.com you might remember the sexy bar. It’s a secret underground paradise in my neighborhood. As we made our way from Broadway to Columbus my feet were killing me. I didn’t think we would be walking or I would’ve saved those stripper heels for another date. I told Will I had made a bad footwear choice and we slowed our pace to a stroll as he held my hand and guided me towards our destination.

And that, my friends, was a very good thing because if he hadn’t been firmly holding my hand I would’ve fallen flat on my ass. As it was, the heel of my shoe got stuck in a sidewalk crevice and my ankle turned. That led me to stumble in that incredibly alluring manner—first the ankle turns then 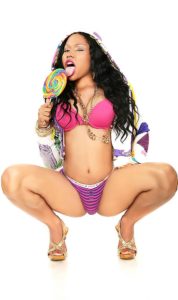 the knees buckle followed swiftly by the badonk slamming to the ground. Will held on and was able to steady me enough that once all motion had stopped, I found myself squatting on the sidewalk. It looked a lot like this.

He pulled me up and all I could do was laugh. What other option did I have?

We managed to get to the sexy bar and he was impressed. 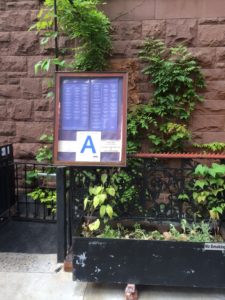 “How did I live in the city for all those years without discovering this place?”

We ordered drinks and soaked in the sultry vibe. Then he leaned across the table and kissed me.

Now that was a movie moment.

An hour later he we were headed to my place but neither of us wanted the night to end. We sat on a bench near the bar and talked for another sixty minutes. The date had lasted six hours by then.

He walked me home and I was tempted—oh so tempted—to ask him inside, but I resisted and instead we gave hormonal teenagers a run for their money with the passionate kisses in front of my building.

I think I floated to the elevator (the only graceful moment all night) and by the time I was in the apartment and getting undressed, Will called. I know, we’re ridiculous. We talked as he drove back to Westchester and then for another hour.

I have never made a bigger fool of myself on a date. I was Mary Katherine Gallagher. None of it mattered, though.

The magic was there.

“We were together. I forgot the rest.” Walt Whitman