My friend Tracy said that my willingness to to put myself out there, via digital dating, was an admirable trait. The fact that I had SO many awful experiences and didn’t quit was a lesson in tenacity that others (herself included) should follow.

Was it desperation? Wouldn’t a normal person quit? Seriously, what kind of maniac continues to be tortured and goes back for more?

The following wise words have been attributed to Einstein, Twain or occasionally Franklin, “Insanity: doing the same thing over and over again and expecting different results.” 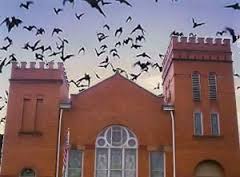 According to Albert, Mark or Ben, I surely have bats in my belfry.

BUT, not so fast, iconic dead guys. Along came the right man on Tinder and I am officially off the market.

You read that right.

I am no longer single.

We’ve been together for a couple of months and I’m happy–maybe even blissful. Being with him is easy and has been from date one. To have instant ease was at first scary but I did my best to avoid overthinking our connection. Surely a peccadillo or ten would surface. If nothing else, our cultural differences would be challenging.

Beyond two debates on World War II and wine, we manage to agree on most things. He’s hilarious and unfiltered. I’m impressed with his quick wit given that he’s translating the humor into a language that’s not his own. Maybe it’s the accent but I crack up all the time. When I repeat something, he asks (with annoyance), “Why do you make me sound like Inspector Clouseau?” I laugh some more. 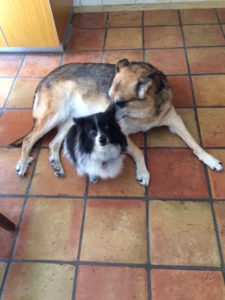 We spend weekends at his rambling home in Chappaqua. He’ll cook dinner as I sip wine and keep him company in the kitchen. His dog and my two get along—the only family blending we have to worry about with adult children. He works in the city so during the week we spend time in my neighborhood.

I recently passed a test, though unaware it was being given. He was entertaining friends from Paris. Dinner began at 7pm and we didn’t finish until 2am. We ate, drank, listened to music–discussed everything from politics (French and American) to pop culture. We also danced. Often. He said that although a lengthy dinner with many courses was typical in France, he’d not found it to be common in America. Maybe so but I’m a continental chick and, duh, if the music includes “La vie en rose” I’ll be charming all night.

His friend decided I was “sexy with class.” Oui!

He is in Europe now on business and will be gone for two weeks. I would’ve joined him had I not lost my passport. Next time, for sure.

It feels good to miss him; safe in knowing he will be back soon.

France is the most civilized country in the world and doesn’t care who knows it. John Gunther