I’m not in the business of making public service blog posts. My goal is to make you laugh and let you know you’re not alone in the absurd world of digital dating. Or, to provide further proof that you’re one of the lucky ones who’s happily paired up—never to return to the insanity of being single and online dating.

I’m going to make an exception this time.

As I’ve written before, I live in an apartment located on the roof of a building on the Upper West Side. Just me, another neighbor and the roof with fifteen floors of many apartments below mine. 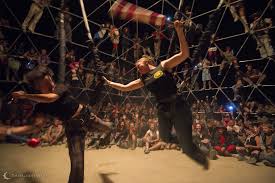 Last Thursday night, my youngest daughter Chelsea came over to hang out, do laundry and keep me company. Doing laundry in my building is like cage fighting. Most of the time several machines are out of order. Even when they’re all working (um, almost never) there are too few to accommodate those living in the building. Chelsea has dubbed the laundry room “Thunderdome” for good reason. You’ve got to be a badass to venture down to the basement because it’s the garment version of kill or be killed. (I know, you thought that was Fashion Week.)

Once Chels was able to get all her laundry done, it was late and she opted to sleep on my sofa. She’d been great that night in between loads giving my Norwich terrier Nigel, Pedialyte. He was not feeling well for a few days since I got a new bag of dog food. I was told he might’ve developed an allergy to his food and so I’d been back and forth to the pet store trying to find a flavor of the Blue Wilderness that agreed with his system. He’s not a fan of their salmon, btw. He wasn’t eating or drinking and was lethargic–almost loopy. If he wasn’t any better I was going to take him to the vet the next day. 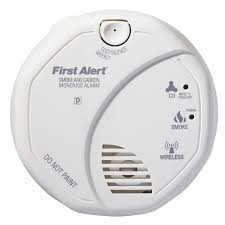 apartment. It was ringing and also saying, “Warning. Carbon monoxide.” I stumbled out of bed went into the living room and tried to wake up Chelsea. She normally springs right up, even from deep sleep, but this time she was irrational, yelling, “It’s the battery!” I yelled at her to open the terrace door in the living room as I did the same in the bedroom. It was about thirty-four degrees that night. I also called the front desk while opening windows and told the doorman that the detector had gone off. He said he would send the building superintendent upstairs to check. In the meantime, with doors and windows open, the alarm sounded less often and then eventually stopped. The Super arrived, checked to be sure it wasn’t malfunctioning (it wasn’t) and went to check the rooftop boiler as a possible source of carbon monoxide. The boiler room is on the other side of my bedroom wall. He came back and told me he suspected it was the boiler, had shut it down, but if the alarm sounded again, I should get out of the apartment immediately. He suggested we sleep with all the windows open and that he would call the vendor right away for emergency service.

Here’s where I fucked up: I agreed.

The next morning I had an opportunity to educate myself on carbon monoxide poisoning. Thanks, Google. There is no way I should have stayed in the apartment, there is no way I should’ve accepted that the boiler was the possible source, I never should have been OK with simply calling the front desk and Super and certainly shouldn’t have been satisfied with the information that a vendor had been called.

They have the equipment to find the leak, stop it and most importantly the equipment and training to assess my daughter’s and my condition as well as any pets exposed. They would’ve determined if we needed to go to the hospital or at the very least, given us oxygen. They would’ve been able to determine the particles of carbon monoxide in my apartment and if we were safe to sleep in that environment. The first call should have been to them. Now that I clearly understand how deadly the situation was, the incredibly dangerous level it takes for an alarm to sound, I will never make that mistake again. Sure hope I don’t have to.

By the way, the vendor didn’t arrive until noon the following day. Twelve hours after it happened. John, a smug buffoon boiler repairman came into my apartment with a device that looked like a gun with a long thin hose. It measured carbon monoxide particles. He had a look on his face that made me want to slap him. It inferred that I was overreacting by asking him to test my living space and I only knew his name was John because it was scribbled on a jagged piece of white tape, haphazardly stuck to his device. Probably in case he got distracted and misplaced it somewhere—like when he was caucusing for Trump.

To say I’m furious about how this was handled is an understatement. Believe me, I’ve gone all Erin Brocovich on building management.

There is good news, though. Nigel has rallied and is back to being the odd little dude he’s 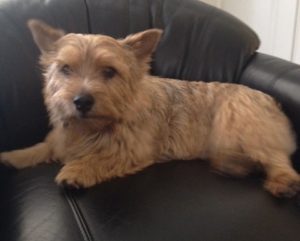 always been. I did not know that some pets are more sensitive to carbon monoxide than others. With Nigel’s reaction I learned that we were gradually being poisoned over several days. Nigel was the canary in the mine.

The day after the leak I noticed in my FB feed that someone’s cousin and five other family members had recently died in their sleep from carbon monoxide poisoning. If you don’t have a carbon monoxide detector in your home, please, please get one. I would also recommend the kind that doesn’t just sound an alarm but tells you whether it’s fire or carbon monoxide. If it had only been ringing, carbon monoxide would never have crossed my mind. I would’ve surmised it was malfunctioning, as there was no smoke. If I had hesitated, gone back to sleep or even tried to disconnect it, it could’ve been too late. Disorientation happens with carbon monoxide poisoning and I don’t think I was clearheaded enough to figure it out without being told.

Morgan could’ve lost her mother and sister in one night. She said if she had gotten that call, she wouldn’t want to live. Imagine getting that call?

On a lighter note, because we’re a family of complete assholes and several days have passed, I laughed out loud last night while on the phone with Morgan. I talked again about the incident and more information I’d read that day. Yeah, I have a tendency to obsess. By about the third new fact Morgan borrowed one of the best lines ever from Joe Biden and said, “Jesus, Mom! You’re like Giuliani. Every sentence is a noun, verb and carbon monoxide!”

She’s right, I’m a lunatic, but just humor me. Right now, walk over to your device and check to make sure it is both fire and a carbon monoxide detector. If so, and yours uses batteries, replace them. If you don’t have one, get it today.

Seriously, just do it.

Giuliani is “probably the most underqualified man since George Bush to seek the presidency,” he says. “Rudy Giuliani – there’s only three things he [needs] to make … a sentence: a noun and a verb and 9/11.” Joe Biden