“You’re not going to write about this date, are you?”

This is the sentence I hear on almost every first date and as Joan Didion said, “Writers are always selling somebody out.” I was asked that question on my first date with RJ on Sunday night. We matched on Tinder and exchanged a few texts. RJ was visiting NYC on business BUT was looking to rent an apartment. He was in the city about one week a month.

RJ was handsome and complimentary in his messages. Although a part time dating situation was not ideal, I figured I’d deal with that if we hit it off. I mean, come on, it’s not like I’ve knocked it out of the park with locals, right? 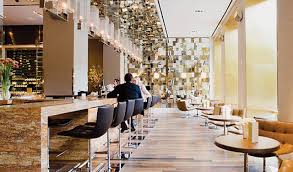 RJ was having a late dinner with his adult son (who lives in the city) but was free for drinks. He was staying at Essex House on Central Park South and I suggested we meet in the hotel bar. When I arrived he was already seated at a table by the window. RJ smiled, stood and walked towards me. He was definitely handsome and a gentleman.

“Your pictures don’t do you justice,” he said. Not a bad way to start the conversation, which 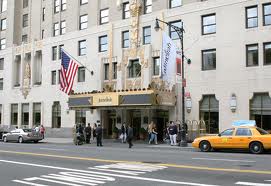 lasted through two drinks before he had to meet his son. He was interesting, had traveled the world and we shared many common experiences. I think we could’ve talked for hours. He walked me outside to my Uber and we hugged goodbye. RJ was leaving on Tuesday and he asked if I was available for dinner. I had a dinner date on Monday so it looked as if we would have to wait for his return to the city in August to meet up again. He had my cell number and by the time I got home, he’d sent a text thanking me for a great first date. See, RJ was a Tinder Virgin. I was his first. He’d shared that he had ended a long-term relationship about six months earlier and was finally ready to get back out there. I told him he needed to get “dirtied up on a few Tinder dates” so he would understand that a good first date is the exception, not the rule. 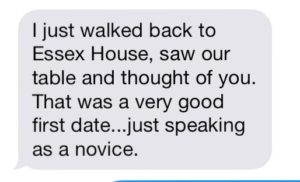 On Monday we exchanged more texts, flirted a bit and then talked on the phone. I even told a friend that I’d had a really good first date and was cautiously optimistic. Since RJ was heading home on Tuesday, he asked if I would be willing to meet him in Central Park the following morning. I suggested Tavern on the Green where there’s a coffee to-go window and outdoor seating. I said I could meet at 10am before my hair appointment.

Again, we chatted for an hour and it was a stimulating conversation. He mentioned that he 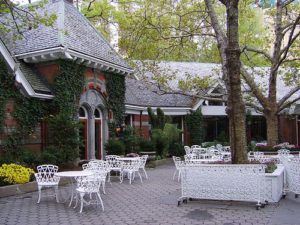 didn’t think Tinder was for him because it was awkward talking to a bunch of strangers, especially since people aren’t going to tell the whole truth about their lives. I agreed. It’s kind of like a job interview. When a prospective employer asks what your biggest weakness is and you reply, “I’m just too dedicated and I focus on work even when I’m at home.” I think if I weren’t forced to be honest, I’d probably hold off on sharing too many details. But, because of stuff I’ve written, easily found with a Google search of only my first name, the gild is off my lily before I decide to de-gild.

It was time for me to start walking to my hair appointment. I had to cross the park to the Upper East Side and walk to 65th and 3rd Avenue. RJ asked if he could walk me there. It was gallant and I liked it. He took my hand as we strolled and I enjoyed the feel of holding hands. It’s been a while.

When we got to my destination, he kissed me goodbye, said he’d be in touch and he looked forward to seeing me again at the end of August. As the hairdresser cut and colored my hair I thought about the ease of the two dates with RJ. No drama, just two single adults enjoying each other’s company. It was comfortable, normal and sane.

Let’s face it, it was wildly refreshing.

Last night, around 6pm, I’d just poured myself a glass of wine and was watching the evening news when my cell rang. It was an unfamiliar number from RJ’s state and I quickly surmised that he was probably calling from his home phone. Here’s the conversation:

Caller: Hi, this is the wife of the guy you just dated.

Caller (furious): You know, RJ, the guy you met on Tinder?

Caller: This is his wife and he’s busted BIG TIME.

Me: (still shocked and silent)

Caller: Maybe you should lose his number.

Caller: I don’t suppose he told you he’s married?

Caller: No, of course not but he won’t be for long. Maybe you should keep his number.

Caller: You don’t think so (obviously repeating for his benefit).

Dude’s having a really bad day.

And he deserves it. Obviously he’s either a lousy first time cheater or one of the serial variety. It really doesn’t matter as he’s not my problem and I want no part of the shit show. I quickly blocked RJ’s cell as well as his wife’s number. Then I sat quietly for a minute, taking it all in,   until I eventually laughed out loud. Just when I think there’s nothing about dating that can shock me, I answer a call and can’t find my words.

I don’t know what I would’ve said except to let her know that nothing happened. Sure, it was a slimy move omitting that minor detail that’s he’s hitched, but it was a fairly innocent dalliance. Maybe it will be the catalyst they need to fix their clearly broken marriage. I hope so because it’s not easy to start over. Sheesh, even a pro like me can be gamed when an interesting and normal person comes along. As RJ said, “With online dating, people aren’t going to tell the whole truth about their lives.”

I couldn’t stand that my husband was being unfaithful. I am Raquel Welch – understand? Raquel Welch