How often have you heard that clichéd expression? It’s the go-to phrase when there’s not much else to be said—as annoying as it usually is to hear.

Sometimes the messiness of life gets in the way of amazing opportunities. The timing is just off.

Almost a year after my husband died I was still waist-deep in grief. In fact, it didn’t seem to be diminishing at all—growing instead. I was seeking answers, peace and a reprieve from pain—hell, I would’ve done almost anything to stop the hurt and that might explain a plan I made. 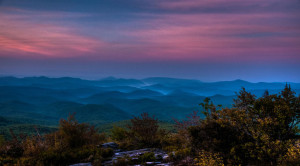 I decided to attend a weeklong spiritual/meditation retreat in the Blue Ridge Mountains of Virginia. It was a rustic retreat in the middle of nowhere. Just me, the other attendees and nature.

Let me be the first to say—there’s very little about the great outdoors that interests me. You won’t find me communing with flora and fauna. I water my potted plants and attempt to keep my dogs from killing squirrels in Central Park—that’s as far as I go. I’m not much of a camper, either, and don’t get me started on bugs. I fucking hate bugs. I prefer nature in small doses accompanied by hot showers and clean sheets—preferably high thread count if I have my druthers. I grew up camping, fishing and boating. I know how to do it all; I’m simply not interested in roughing it anymore. 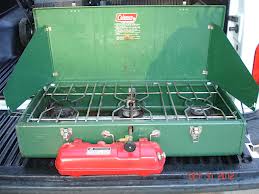 That being said, in the event of a zombie apocalypse I’m the chick you want on Coleman stove detail. Promise.

So, I packed a bag and flew to Charlottesville, Virginia where a shuttle picked me up for the drive through the mountains to the retreat. The vehicle seemed quite normal from the outside. A newer white shuttle bus with the retreat logo on the side but once I stepped inside everything changed. It was as if I’d walked onto the set of Hair and into a VW bus. I was surrounded by a group of aging hippies and all that was left to do was give the peace sign, throw a few “groovys” around and join in. I’ve no doubt I rolled my eyes as I found an empty seat next to a window and proceeded to ignore that busload of freaks, um, I mean, fellow seekers. Seriously, there’s only so much hemp clothing and patchouli oil a person can tolerate while trapped in a small space. 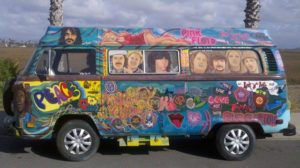 Pop in the eight-track, let’s sing, “Peace Train” and pass around a doobie, shall we? One of the kinder thoughts I had while staring out the window as they conversed about which crystal would heal psychic pain carried over from a past life and which might balance misaligned chakras. I quickly surmised the least shocking thing I’d be experiencing that week would be hairy armpits and legs—and it wouldn’t be the men. I kept quiet as the participants practically group hugged with five minutes of settling in their seats, but I did ask the driver, (frizzy hair to the middle of his back, a bandana around his forehead holding it in place), one CRITICAL question. 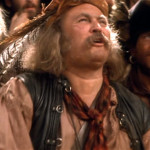 “Excuse me, are there many bugs at the retreat?”

“No more than usual,” he replied with a chuckle.

When we finally arrived I was shown to my room by one of the facilitators and was delighted to learn I’d be sharing the space with two other women. I’d be shacking up with strangers—certainly lunatics if my shuttle-mates were any indication. Cell service was sporadic, but believe me, I quickly confirmed I could get a taxi from Charlottesville to come and get me the following day. This shit show was coming to a screeching halt ASAP (Namas-I’m not stayin’). I was also the first to the room and immediately went all territorial—picking the least lumpy bed and best of the dilapidated dressers provided.

The participants began gathering in the common area—a space filled with oversized sofas. I chose to stay in my room reading a trashy novel out of fear that someone would surely ask my sign or which of my moons was rising.

Eventually we were asked to meet in an auditorium to go over the schedule and I was forced to interact. I chose a seat far away from everyone and had my best “beat it” face on when anyone contemplated sitting next to me. Eventually, though, someone took the vacant seat to my left and I glanced up, prepared to see an elderly Grace Slick or Jerry Garcia wannabe.

I was pleasantly surprised.

Next to me was a normal man. Actually, not just normal, but a seriously handsome guy. He introduced 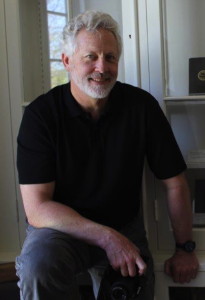 himself and we jumped right into a comfortable conversation. There was also no doubt of the mutual attraction.

I ended up staying for the entire week; the people I was with grew on me. By the end there was camaraderie between us that was completely unexpected yet delightful. I still keep in touch with many of them today and it’s been six years. Some still don’t shave their armpits, btw, but who’s judging?

Here’s another confession: I’ve been back to the retreat two more times.

Throughout that week the chemistry between Kevin and myself grew.

The problem was timing.

I was so crazy grief stricken that I wasn’t equipped to start a new relationship and Kevin was just beginning the process of divorcing now that his youngest child was heading off to college. We were both incapable of giving a “fresh start” what was necessary because we had our messy pasts to clean up.

BUT, we’ve remained good, good friends. Yes, we both got through the bad places we were in but it seemed that when one of us was available the other was not. Again, timing is everything. Although it is unspoken, I think we’re both comfortable accepting we’ll always be friends but anything more will not happen. I’d hate to ruin the friendship we have. I value it deeply.

Kevin is a writer. Actually, he’s a lawyer but recently left practicing law to pursue the things he’d been yearning to do for years. One of which was to publish a book—he majored in journalism in college before going to law school.

When Kevin and I met he knew I’d started writing a memoir and he was incredibly encouraging. He also sent me the manuscript of a book he’d written, Night Bird Calling. It was not yet published but I was blown away.

The beauty of his work is such that I can only dream of being able to write as he does one day, if ever. Kevin was also the first person to read my completed manuscript. I felt safe showing it to him but also recognized he’d give me his honest opinion and then I’d know if my dream of becoming a writer was possible. I also knew he’d break it to me gently (if I was no good) because he always treated me with forthrightness tempered with tenderness. He recognized how wounded I was.

“That. Was. Great. Just great! I couldn’t stop reading.” 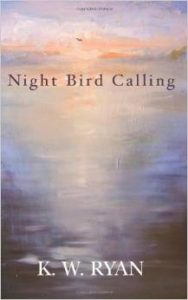 Kevin has now published Night Bird Calling. It is historical fiction written from the perspective and dialect of a Mississippi slave named Thomas. Kevin’s ability to bring Thomas to life with every brilliant page is remarkable. Here’s just a snippet from Kirkus Reviews:

“A nuanced historical novel that pits the bonds of family and friendship against the horrors of slavery…full of lyrical beauty and shattering loss.” Read the full review here.

Two of my favorite passages, (I get the chills even now reading them), are descriptions Thomas gives of his daughter Angel:

“Angel still be young enough to hold my hand when we walk. She move her fingers just a bit now an’ then, like her hand be whispering to mine.”

And a little later in story as his daughter is getting older:

“Angel take my hand as we walk along. I feel little pulls and flutters like from her fingers. Feel like I got hold of a small bird that whisper to me, tell me soon I got to let it go.”

Kevin (K.W. Ryan) is a writer and the world is a better place because of his gift. Read this book and immerse yourself in the beauty of his story. You won’t be sorry.

“Weather here this morning was cool. I was sitting on my steps playing guitar looking at the sky and mountains when the early morning flights started passing overhead, tracing straight white lines among the thin, swirly clouds.” Kevin Ryan (in an email to me the other day. Sheesh, even his emails are lyrical).