A few days ago my friend Tracy and I were talking on the phone and I realized she worked with a guy I’d had my first online date with–waaaaay back in 2001. I was in between relationships and I thought I’d give it a whirl. The site I used was Match.com. Secretively, of course, and I wasn’t on for long. My profile didn’t include photos and gave no hint as to my occupation. Heck, I wouldn’t even give my name when corresponding.

I was deep undercover. Skulking around like a criminal.

I didn’t even tell most friends. I felt I’d be perceived as a loser, a woman so desperate and undateable she couldn’t get a man the normal way. The truth was the company I worked for frowned on employees dating—particularly anyone in a managerial role. As a single mom, my free time was usually filled with softball games or school events. I certainly wasn’t going to date any single dad who had kids running in the same circles as mine. There was already enough speculation about my private life from the cliquish group in the softball community. Seems nothing gets people riled up more than a single woman who refuses to gossip about others OR bare her soul. So they simply made shit up and created a torrid and lascivious love life for me–strictly in their silly little minds.

My, my, my how things have changed.

I officially became an over-sharer. I spent a year blogging about the good, the bad and humiliating. Although I was on numerous sites, most of that year was spent on Match.com. While chronicling my experiences, I often wondered if those gossipmongers (from the past) found the blog.

It may surprise you to learn that Match.com is twenty years old. Holy shit, I thought I was a pioneer in 2001 and it had been around for years before I dipped my toe in the cyber pool. Digital dating is the new normal and here are some interesting facts: 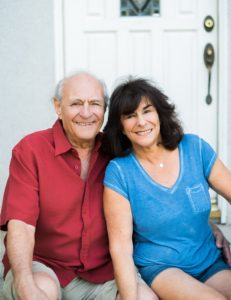 And remember Match’s original success story—Bill and Freddi? We cyber-seekers can breathe a sigh of relief. They’re still going strong.

Rock on, you crazy lovebirds.

Now to get back to MY first Match.com date. My friend Tracy did in fact work with him and knew him well. She confirmed what I believed—he was/is a really good guy. I asked if she knew if he’d remarried and she thought he had.  Here’s what happened back 2001. We’ll call him Carl.

Carl and I went on several dates. He was kind, compassionate and decent. Many nights when my teenaged daughters slept we’d talk on the phone. I was pretty stressed in those days, working long hours and attempting to be both a mother and father to my girls. One person just can’t do it all and I was running myself ragged trying to fill the gaping void in their lives. There was little time for me and late at night when I was picking up the house and doing laundry, I’d talk to Carl and he’d sometimes suggest a temporary but most needed reprieve. He’d ride his Harley to my house and pick me up. He had a sound system on his bike and would always play music from the 70s. The stuff that took me back to my teenage years. Carl would take me down Boulder Highway (Las Vegas) and out to Boulder City, a small town near Hoover Dam. It was usually around midnight so there were few cars on the road. For that one hour, with the wind in my face, my arms around his waist and songs I knew by heart, I was free. Just a chick on the back of a bike feeling mellow.

Carl and I didn’t see each other for long. After several dates he had not done anything more than kiss me goodnight. I didn’t know if he was sexually attracted to me and was too embarrassed to ask. We weren’t exclusive and it was about that time that I went on a business trip to Pittsburgh, met Neal, and was no longer single.

When I returned, Carl called me and I told him I’d met someone, well, not just someone but the love of my life. He was gracious and wished me well.

Carl called occasionally to “check in” and see if my relationship was still going strong. Of course it was and he always said he was happy for me, but also disappointed. He thought we had something special. I cared about Carl and figured I should tell him the truth: I never knew if he was attracted to me. He was flabbergasted. He said he was so enamored he didn’t want to do anything to blow it. He was being a gentleman and taking it slow out of respect. I then asked if he wanted some advice. He welcomed it.

See? I was even a dating know-it-all back then.

I told Carl that the next time he felt that way he had to “go for it.” Most women don’t want to be treated like delicate flowers. I know I didn’t. I told him after a couple of dates he should make a move, let her know that he’s hot for her. He laughed, assured me he’d take my advice and then told me if things didn’t work out with Neal, he had a thing or two to show me. 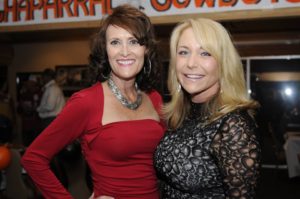 I shared this story with my friend Tracy. We laughed and wondered if he met his current wife online? I’d like to think so.

How about you? When did you first dip your toe into the digital dating waters? Which site was it? Full disclosure: This post is sponsored by Match.com. BUT, I was given creative freedom, cause you know that’s how I roll.

“Online dating only sucks until it doesn’t.” Melani Robinson