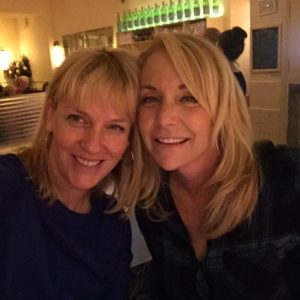 My friend Kim moved out of the city and in the last year we haven’t spent much time together. I was delighted when she emailed to let me know she was coming for a visit and wanted to get together.

Once Kim arrived, and after my dogs stopped behaving like we were getting a visit from the Queen (they shamelessly worship Kim), we decided to head to dinner in my neighborhood and settled on Pomodoro Rosso.

We had a hankering for pasta.

We walked past a wine bar on Columbus. The patio was filled with people pairing the cooler than usual early evening with a glass of wine.

I quickened my pace as we moved by.

“Oh my God, did you see that guy sta…” Kim couldn’t finish her sentence as I interrupted.

“Yep. Saw him. We dated,” was my clipped response.

He was laser-focused and did not attempt to be discrete or even polite.

“I can’t believe the way he was looking at you.”

It was a ridiculous story that stood out even in the midst of that absurd year. Many readers shared that it was their all-time favorite.

I suggested he could’ve been staring because I wasn’t wearing makeup and hadn’t done much with my hair. Maybe he couldn’t place me? Or he might’ve been thinking, dodged a bullet with that one.

She did not agree and repeated how intently he was checking me out. Kim asked if I would tell her the story and over my ravioli and her Linguine Frutti di Mare, I did just that.

It’s worth repeating, so here’s an encore of that post.

My life has been filled with a regular peppering of experiences—all of my own doing—that leave me with nothing else to say but, “How the fuck did I get myself into this?”

I met Luke after a brief email exchange, and our first date was just for a drink as I had another date for dinner that same evening. He was a gentleman from the moment I arrived: standing as I approached the table, helping me get settled and then ordering my drink. We had a good conversation and I was immediately comfortable in his company.

Luke’s Midwestern roots were obvious in both his no-nonsense conversation and the inflection in his voice. There’s something wholesome about people from the heartland and he was from Iowa. Have you ever met an asshole from Des Moines? By the end of our first date I knew Luke was the sort of guy a woman could count on.

We arranged to see each other again and as I walked to my second date, a few blocks away, I thought about what I was looking for in a partner. Luke certainly fit in most ways. He was handsome, a good father, kind, polite, interesting, successful and well dressed. He was also smart and confident. But there wasn’t an instant physical attraction from my end. There wasn’t a thing wrong with him, so what was wrong with me? 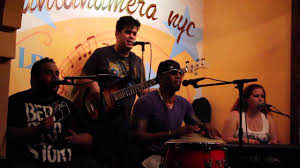 Date number two was for Cuban food. Luke took me to a fantastic restaurant, Guantanamera. I had a couple of mojitos, a sublime chicken dish and lots of plantains. Everything was perfect, and, again, Luke was great. I couldn’t name one thing that bothered me–I even liked the way he chewed. He gave me a quick kiss goodbye and I walked home with my head filled with questions as to why I didn’t feel what I should with a great guy like Luke. Date number three a week later was for Thai food—a favorite of mine. Everything was just as nice and when Luke suggested we walk along the Hudson after dinner I thought it was a lovely idea. He took my hand as we strolled. It was comforting but still no stomach-churning fireworks. As we meandered through Riverside Park heading towards my street, I stopped him.

It was an excellent kiss. A knee-buckling level kiss, and I felt nothing but appreciation for his skills.

During the evening he’d mentioned (twice) that he was going in for minor hernia surgery in two days. Just day-surgery—no big deal, but he didn’t know anyone he could ask to pick him up at the hospital and see him home. They wouldn’t release him without an escort. I knew he was hoping I’d volunteer. I didn’t want to, yet when he dropped me off at my building, I told him I would be happy to come to the surgical center and see that he got home safely. He looked relieved. Why did I do that? Guilt. I felt guilty that I’d gone on three dates with Luke, had an excellent kiss, and still I didn’t have feelings for him. I felt a sort of obligation to do something nice since he’d been so kind to me. I worried that while waiting for passion to develop, I was likely leading him on. 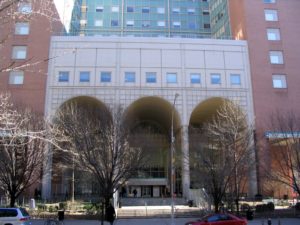 So, that’s how two days later I found myself entering Roosevelt Hospital and searching for the day surgery area. I had to text Luke the night before and ask for the correct spelling of his last name. It might be weird if the “next of kin” as I was listed on his admission papers didn’t know his surname.

“The family of [last name],” called the clerk.

“IS THERE ANYONE HERE FOR LUKE [LAST NAME]?”

It finally hit that she was yelling for me. It was show time and the attendant took me back to the recovery area.

“Go ahead, it will help him wake up.”

I quietly drew back the curtain.

And also his scrotum. 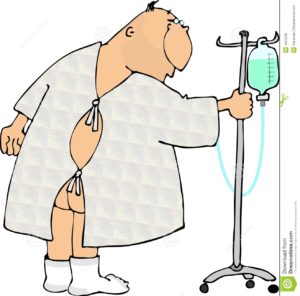 some air. There are some things a person shouldn’t see while casually dating: bank statements, family videos, junk drawers, and testicles. I averted my eyes and I’m not sure Luke was even aware, but it was painfully uncomfortable for me. He was still loopy so I sat in the chair next to the bed while his anesthesia wore off. The nurse was harried as she hurried by and handed me a sponge on a stick in a cup of water. She asked me to wet his mouth.

That act of gingerly touching his lips was bizarrely intimate.

Eventually Luke recovered enough for us to leave. The nurse asked me to help him get dressed. She was slammed. I started to protest and Luke did too.

“It’s not like you haven’t seen it before,” she said with a laugh as she handed me his clothes.

Actually, Nurse, I’ve only seen his balls and that was within the last hour, but why not the penis, too? What the hell–let’s just throw in his ass and the awkward position I’m going to have to be in as I help him into his white briefs since he can’t reach down and put them on himself.

A woman doesn’t expect to find herself in that place until at least the fourth date.

Luke shuffled slowly out of the hospital and I hailed a cab. Once home and settled in bed, I ordered him food to be delivered. The meal would arrive in thirty minutes so in the meantime I took his prescriptions to a nearby pharmacy and waited for them to be filled. Another, “How the hell should I know?” moment happened when the pharmacist asked for the name of his insurance provider. Now, if he’d asked the size and shape of his tally whacker I was golden but those pesky little details like insurance, his middle name, or even his zip code?

For shit’s sake, after the hospital I had only reached one-night-stand-level-intimate.

I gave Luke his meds, sat with him while he ate then helped him get into something more comfortable. At that point he could’ve just stripped down and let me give him a Brazilian wax I was so accustomed to his nudity. His adult daughter arrived just as I was helping him button his pajama top. She was able to leave work early and as she encountered us, an instant stink eye followed. I didn’t blame her. I was, after all, a complete stranger caring for her father in a very familiar way. If the roles were reversed and Luke was tucking me into bed, my girls (at least Morgan) would’ve pepper-sprayed him.

With his offspring’s arrival it was the perfect time for me to leave. Luke mumbled a thank-you and I told him, no problem. He thanked me again, but didn’t make eye contact and, no surprise, I never heard from him again. I did pass him on the street a couple of months later. We made eye contact and I was just about to offer a greeting when he looked away and quickly moved past. I don’t blame him for being mortified. But I also knew we were more than even.

It seems Luke recovered his dignity. At least long enough to stare in a borderline creepy manner. At this point I swear I’ve dated a good portion of the single, age appropriate men in this city, often with untenable outcomes. I guess running into one of those bad memories was bound to happen.

PS- I’m excited to let you know I will be launching a PODCAST in October. I’ve named it:

I’ll be interviewing interesting, often funny people about the reasons they’re single. More information to follow, but if you have a provocative reason behind your singleton status or know someone who does, I’d love to hear the story. Send me an email through the Contact Melani link on this website.

“My friends tell me I have an intimacy problem. But they don’t really know me.” Gary Shandling