The other day we were driving back to the city from Staten Island, where I take my dogs to the vet (not a story filled with bitterness towards Manhattan veterinary care, promise). Although, there IS  belligerence bubbling just under the surface, don’t doubt that for a minute. Have I told you I don’t like to drive in or out of the city? I do it when I have to but if I can get one of my daughters to take the wheel, I’m golden. The girls regularly refer to this as “Driving Miss Daisy.” To. My. Face. Here’s how it sounds, “Seriously, Mom, does it always have to be Driving Miss Daisy?” 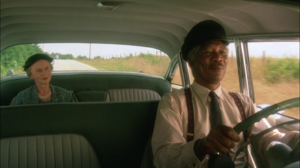 They really are the most retched creatures.

On this road trip as we passed Brooklyn, I noticed a church I’d seen before and struggled to remember the details of why it was familiar. Eventually it became clear. I’d walked past that church while on a date, during my year of online dating. It was one of those stories that never made the blog. I had plenty of over-the-top material to write about and this just wasn’t outrageous enough. Perplexing? Yes. But rather white bread when the competition was a little person following me on a date or a Robert De Niro impersonator with a roach-infested apartment. 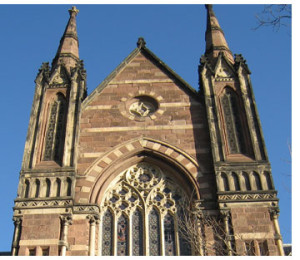 This date was with an architect named Henrik who lived in Brooklyn.

Henrik and I went on two dates prior to the “walk past the church” outing. He took me to dinner twice and then asked if I’d like to see some projects he was working on—two brownstone renovations in Brooklyn. He also mentioned he’d completed gutted and then renovated his apartment and I could see that, too, if I was interested. I’m a do-it-yourselfer so the prospect of seeing what a pro could do was very enticing but the truth was simple and unfortunate. That mysterious “it” just wasn’t there with Henrik. We’d had two very nice dates, and he was interesting, smart and handsome. But Henrik was a serious guy and he never made me laugh. Not even once. I’m not sure if that was the reason I didn’t feel any attraction because normally it’s either there for me or not and I know it within ten minutes of meeting. But, remember (if you followed the blog), I was trying to be open to the possibility that it could grow over time. There was also this little thing that bothered me on both date one and two. Henrik had slight body odor. Now, this was not the “knock you to your knees” variety but more the “working all day and forgot deodorant” sort of funk. I couldn’t smell B.O. from across the table, but when he hugged me goodnight on date one and kissed me goodbye on date two, I caught a whiff.

I was going to tell him I just wasn’t feeling it but then he asked me to see his work. Talent turns me on and I thought, what the hell? Sure, he was a bit fragrant, but he was also European and it’s been my experience in certain countries, the natural body scent we all have sans antiperspirant is the preference when compared to the perfumed pits of an American. I figured if I saw his stuff, maybe it would trigger the feeling that was missing–then I’d work on his aroma. 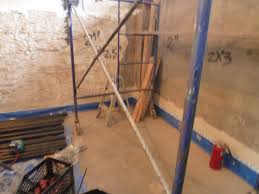 Henrik asked me to join him for brunch on a Saturday and later we’d walk to his projects. Brunch was pleasant and after he paid the bill we started out on foot. It was during the stroll that we passed the church (I mentioned at the beginning of this post). He took me through both brownstones and his work was A-MA-ZING. He was so talented and I loved every moment of exploring the construction in progress. We traversed from bottom to top, sometimes even using a ladder instead of stairs to reach the next floor. He was always a gentleman, taking my hand as we maneuvered around and through the rubble. Again, I caught the smell of his sweat a couple of times and it was stronger than usual—I guess with all the climbing we were doing.

After several hours of exploring, Henrik suggested we have a glass of wine and then head to his apartment so he could show me a finished project. I told him that sounded great but only if he’d let me pay. He agreed. We actually ended up getting something to eat, too, and I was glad to reciprocate since he paid for dinner twice and then brunch. I knew I wouldn’t see him again but I hoped we could be friends.

We had a couple of glasses of wine, some grub and then went to his place. It was spectacular–architecturally stunning and beautifully decorated. As he showed me from room to room I gushed appropriately, even making a spectacle of myself over his high-end dishwasher. Once the tour ended he asked if I would like another glass of wine. I told him I needed to get going as I had dinner plans with my daughters—true statement. He walked me to the subway and I noticed his attitude changed from the apartment to the sidewalk. He was cold and actually rather rude. I asked a couple of questions about the neighborhood and he could barely answer where as earlier it was as if he was auditioning for the guide on one of those red bus tours. Once we reached the subway, he simply turned and walked away without a word.

I was taken aback. Had I done something wrong? Was I not effusive enough about his apartment? I 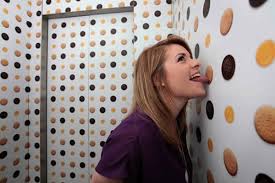 didn’t know how I could be more complementary unless I licked the walls or threw my body on his tasteful carpet and rolled around gleefully repeating, “Can’t get enough, just can’t get enough!”

Once home I sent a thank-you email. He did not respond and I never heard from him again. Sure, I could’ve asked if I’d somehow offended him but I knew this wasn’t a good romantic match and I didn’t need to figure out his sullen behavior.

That is, until the recent Brooklyn drive by with my daughter Chelsea and her friend Chelsea. Yes, my daughter has a friend with the same name. Her friend actually has the same first and last name and even middle initial. I’ve heard about “Chelsea who has the same name” for quite some time. They met at CU. It’s not that I didn’t believe my daughter, per se, but it was highly suspect and for very good reason. She’s done this before so it might be a pattern of behavior. She had imaginary friends  as a child, my odd little duck. She constantly talked about her “Mommy and Daddy animals that let her do anything she wanted.” OK, I admit I was often annoyed with those make-believe indulgent hairy parents. They were, after all, competing for the kid’s affection. Since I had never met the elusive Chelsea I was skeptical. “Never trust your children no matter the age” has always been my parenting plan. But then last week Chelsea showed up when she moved to the East Coast after graduation. That’s how she ended up in the car with us on our trek to Staten Island and here’s the conversation.

Me: “I remember when I saw that church.” (Then I told them the story along with the confusion at the end.)

Chelsea 1: “He was pissed because you didn’t have sex.”

Me: “What? No way! He couldn’t have thought we’d have sex. We barely knew each other.”

Chelsea 1: “Of course he did. You went to his apartment. I’m gay and even I know that.”

Chelsea 2: “If I’m not ready for sex and I’m invited to their place, I make a joke and say something like, ‘OK, but we’re not fucking.’”

Me: (laughing) “Welp, you learn something new every day.”

Chelsea 2: “And for lesbians third date means move in together.”

So, mystery solved, almost two years later. Henrik expected sex and when it didn’t happen, he threw the dignified architect’s version of a temper tantrum. Good to know. It seems even an “expert” like me has stuff to learn. Therefore, I’ve made a decision in the interest of my continuing education. Until further notice (that will never come) I’ll keep asking my daughters to drive me to and fro.

And you can call me Miss Daisy.

“The minute that you’re not learning I believe you’re dead.” Jack Nicholson.