The other day I got a text from a friend:

“Just went to the blog. Are you taking a break from writing?”

Fair question and I rationally replied:

“WHO are YOU, the literary police?” 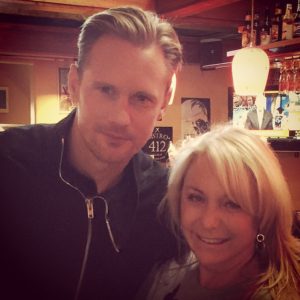 Ran into Tarzan at Sundance.

I’m having a crazy, lust filled romance with an age appropriate version of Alexander Skarsgård.

Sadly that’s not the case.

I’ve been struggling to come up with something to write. Although I don’t have writer’s block, per se, my love life hasn’t given me much material to work with. It’s quite yawn inducing even to me—can’t imagine how boring it would be to everyone else.

I had a date with a nice enough guy. He showed up thirty minutes late after multiple text apologies as he made his way to the bar. I find tardiness off-putting and on a first date, it’s downright rude. Although apologetic, his words had a practiced feel to them and I’m not down with someone who’s decided that his time is more important than mine. I also quickly learned that although separated he was not yet divorced. Ugh. We had a drink and I was ready to end our evening. There was definitely not going to be a second date and I offered to split the bill. I had two margaritas, guacamole and chips. He had a few chips but told me he wasn’t a fan of guac. 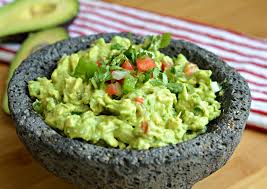 His aversion to a significant part of my favorite cuisine—Mexican–was reason enough to hand him walking papers. I mean really, who doesn’t like guacamole? I’ll tell you: A person with a serious character flaw OR a picky eater–which is even worse. OK, perhaps I’m a little sensitive with the current political climate, because I wanted to ask, “Does your disdain begin and end with fare? How do you feel about walls?” Probably a silly question because I’ve amended my profile to state, “If you’re voting for Trump, we would definitely not be compatible.”

My date also looked at the bill and commented on the TWO margaritas I had consumed. He had only been there for one. What I could’ve said was, “Call the police. I’m a middle aged white chick and don’t fear law enforcement.” Of course that would’ve been silly because he was a cop. I reminded him that I had been waiting a half an hour for his arrival and wasn’t going to be sipping water. He agreed to split the bill, btw. Not quite what I expected and if I had arrived late, I promise I would’ve insisted on paying the entire tab. Then I got up from the bar and realized I was taller by at least two inches. I know, who cares, right? That night, I did.

I had another date recently with a Brit who’s visiting NYC for the summer. When I arrived at the bar, he was sipping water. I ordered a glass of Rosé and he ordered a Coke. No big deal if he’s a teetotaler, but then he proceeded to tell me about a bar he frequents each time he visits. The establishment offers free refills. He told me about how he’ll sit for hours, using the free wifi and watching TV, while sipping on one Coke that is refilled without charge. Lots of “free” in his vocabulary and as my grandmother would to say, “That Cheap Charlie has the first 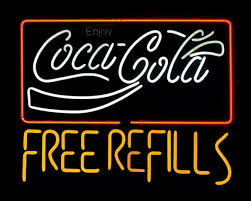 nickel he’s ever made.” I realized I was absolutely paying for my glass of wine and decided to order dinner. I made sure to tell him we would have separate checks. He didn’t order food but I shared my steak because I hate to eat alone and his frugality had to be on high alert after Brexit. There’s nothing that gives the thrifty greater anxiety than the threat of truly being broke instead of just living every second of their life that way. Do I even need to tell you there would not be a second date? Didn’t think so.

BUT, I did have an awesome date a few nights ago. The man is a widower. We’re definitely going out again. I have no urge to write about it.

That’s about all that’s happening in my world. I hope you’re having a fabulous summer filled with adventures.

If you aren’t following my Facebook page, I would be over the moon if you could click HERE and show me some love.

“Anyone who lives within their means suffers from a lack of imagination.”  Oscar Wilde